Anthony Woods: The Courage of His Convictions.

It’s time to send leaders to Washington with the courage to stand up and fight for their convictions.

Anthony Woods may be young, but he has spent more time on the frontlines of important battles than most politicians do in a lifetime.

A two tour Iraq War Veteran, Woods earned the Bronze Star and Army Commendation Medal for serving our nation in battle and working with Iraqis to help rebuild their devastated nation. 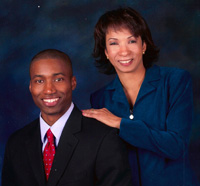 Anthony with his mother Carolyn

Woods volunteered for his first deployment to Iraq in 2004, leading a platoon of West Virginia National Guard soldiers in Diyala province northeast of Baghdad. The unit was responsible for a volatile region housing more than 66,000 Iraqis for eleven months.In June of 2005, Woods was again deployed to Iraq with the 3rd Armored Calvary Regiment. Upon his arrival, he immediately took command of a 64 soldier platoon. During this deployment Woods’ unit was involved in the Battle for Tal Afar.

Woods brought home all 81 of the soldiers who served under his command.

Anthony Woods was born on Travis Air Force base in Fairfield, California, and raised by a single mother who worked long hours as a housekeeper. Overcoming numerous obstacles, such as a lack of health insurance for most of his life, Woods fought to realize his dream of a quality education and the chance to serve his country by earning a Congressional Appointment to the United States Military Academy at West Point, where he served on the Honor Committee, Commanded summer training for the yearling class, and eventually graduated on the Dean’s List. 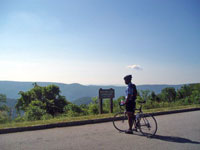 Upon his return from Iraq, Woods continued his education at Harvard University, where he was awarded a Master’s Degree from the Kennedy School of Government, and was selected to give the 2008 Graduate Commencement address. He was a co-recipient of the Robert F. Kennedy Public Service Award for his work mentoring low-income minorities applying to college and numerous other community leadership activities---including co-founding the first student chapter of the Fuller Center for Housing, and making three trips to New Orleans to assist families struggling to rebuild following Hurricane Katrina.

While on leave from the Army, Captain Woods spent a summer bicycling across the country to raise money for Habitat for Humanity. During his second year at the Kennedy School, he reached the conclusion that he could no longer serve in silence under the military’s “Don’t Ask Don’t Tell” policy, and was honorably discharged after standing up for equality within our military. 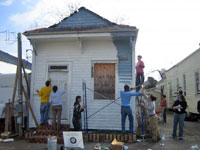 Since his discharge, Woods has gone on to work in both the public and private sectors, helping to craft economic solutions that put Americans back to work and attract new high wage industries.

Now, Anthony Woods is back home and a candidate for Congress in the 10th Congressional District, where a special election to replace outgoing Representative Ellen Tauscher has attracted a virtual swarm of Sacramento politicians looking for their next job---seeking a promotion, even though California is on the brink of bankruptcy.

While the professional politicians fight for their next job, Anthony Woods has proven he is the kind of leader who fights for us. We don’t need another career politician. Let’s elect a leader who has shown the courage to fight for his convictions.